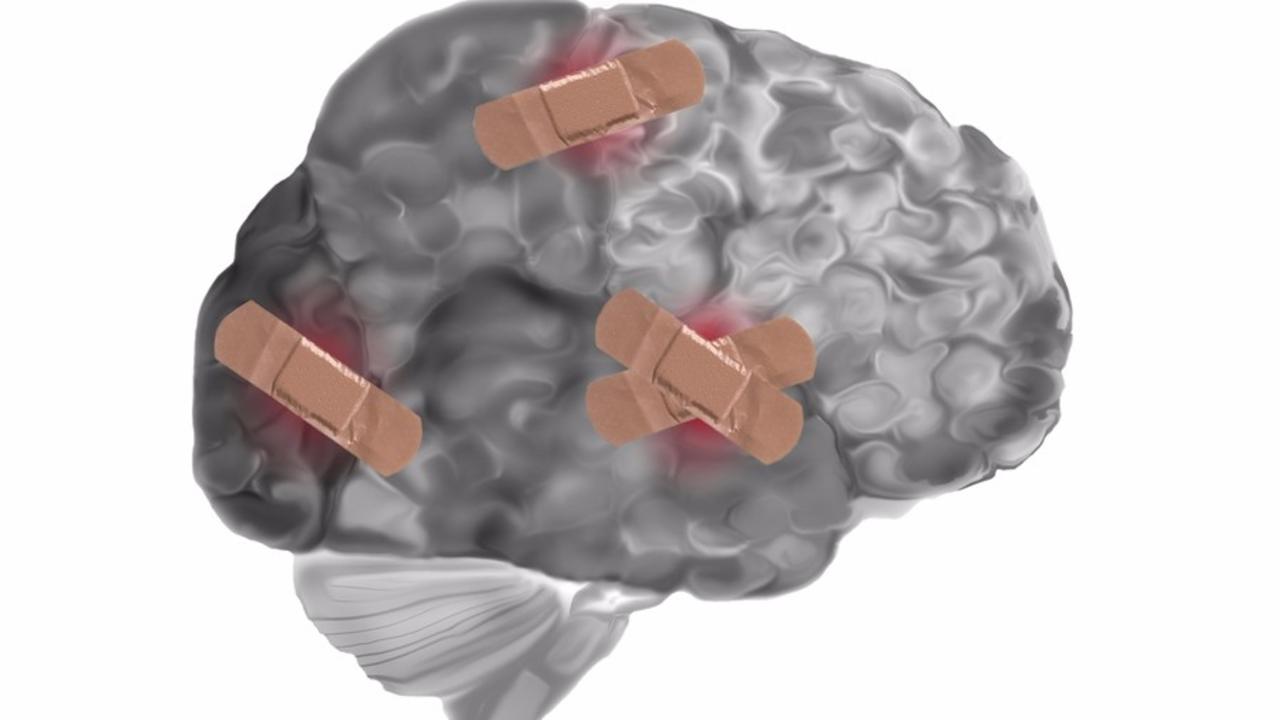 You've probably heard or read about the focus at all levels of football to diminish the occurrence of concussions. The question is: Why do concussions matter so much? The actual medical name for a concussion is Mild Traumatic Brain Injury. This brain injury term is a much scarier and much more accurate way of describing what a concussion is.

The brain is three pound of fat and protein, it's encased in the rigid bony skull, and the dura attaches it to the skull. The brain is also cushioned and surrounded in the skull by cerebral spinal fluid that acts a lot like a liquid airbag around your brain. The primary proposed etiology of a Mild Traumatic Brain Injury is that the jolt to the head is hard enough that the brain will strike, or come close enough to striking, the skull and the brain will be bruised.

This can happen in so many different ways! A car wreck is a great example of this because the brain can be sort of like a pinball during the actual accident, bouncing off several different parts of the skull often hitting the same general area more than once. A car wreck is a pretty violent and obvious example of what can cause a concussion, but a minor slip and fall or even hitting your head on a cabinet when standing up can lead to mild concussions.

So why are concussions in the forefront now? How do they affect long term health? Well, your cerebral cortex is the outermost of your brain and is only 2-4 millimeter thick. The cortex is responsible for things like memory, consciousness, attention, thought, awareness and language. When you bruise the brain, you're bruising the cortex. This bruise changes the physiology of the neurons in the cortex and can result in changes in mood, attention to detail, and reasoning skills.

Physiologically they are showing that these changes lead to potential cell death and calcification in the brain. If these traumatic brain injuries repeatedly happen over many years, like in football, it can potentially be linked to things like major depression, anxiety, Parkinson's disease, Alzheimer's and dementia.

As depression and mental health issues are on the rise, we have started to hear more stories of former NFL players and their battles to recover from these brain injuries. The story that put the focus on the football and brain trauma debate was the suicide of former NFL linebacker Junior Seau, who committed suicide by shooting himself in his chest to preserve his brain and start to prove the connection between football and head trauma.

This is one of the reasons the NFL just settled with its former players about their long-term health care costs. The NFL isn't alone in dealing with the long-term effects of concussion; the US Armed Forces are finding many of the soldiers that survive roadside bombs and IED's are dealing with a lot of post-concussive brain injury symptoms.

If you've ever played a contact sport, been in a car wreck, or been repeatedly hit in the head, like in boxing, and have had any of these symptoms you probably have had a concussion. Overall signs and symptoms of a concussion: nutrition so that you can recover as fast as possible.

Signs of concussion in children:

The treatment of a concussion is a much-debated topic right now.  In my experience in the treatment of patients that have had concussions, they must get triaged to make sure there is no serious damage going on in the brain.  After they have been released there are a few things they really must do: