What's the Difference Between Grass Fed and Grain Fed Beef? 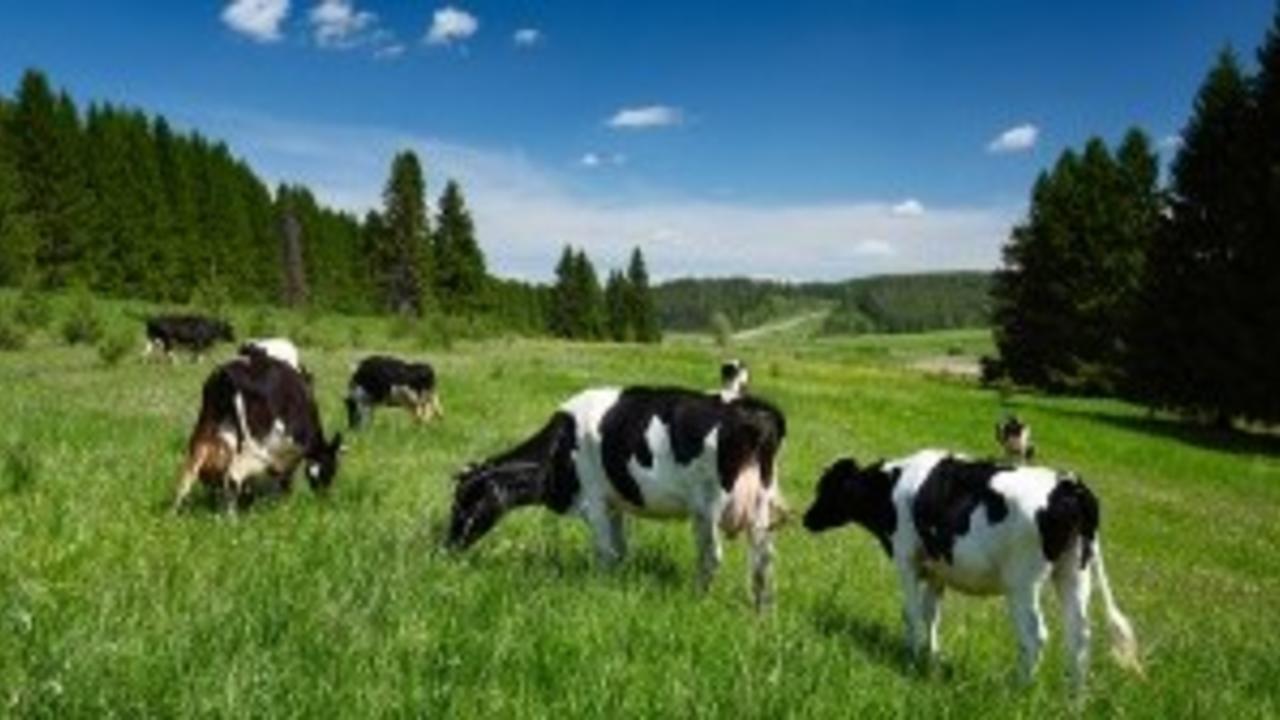 One of the most common question I'm asked when it comes to diet is why grass-fed beef is so much better for you than conventionally raised beef.

There are actually several reasons, but it all relates to how the animals are raised and fed.  So let's look at this in detail.

All cows are born and raised with their mothers, drinking milk and eating grass until they turn about one year.  It's after that first year, where their fate is determined.  As my friend, Matthew, over at Local Yocal in McKinney Texas says, the cows then either go off to “cow college” (feedlots or CAFO Confined Animal Feeding Operations), or they stay with their family and continue eating grass and living in the fields where they were born.

Conventionally raised (feedlot), grain-fed, beef is really a lot like the typical college experience.  There usually are a lot of drugs, consumption of pretty low-quality food, and exercise is more of an afterthought.  I know for me the college diet consisted of a couple of cases of beer and Papa Johns' Pizza, which helped me gain the freshman “35” and eventually the college 70!

So in cow college, the drugs are usually growth hormones and enhancers. Then you add corn and protein supplements, which are derived from soy proteins.

Why aren't these good?

Well, cows have multi-chambered stomachs, which are designed to digest grasses.  When corn or other grains are introduced, it changes the pH (acid content) of their stomachs.  These animals then end up with a higher chance of suffering from bloat.  Bloat causes a sharp increase in stress, labored breathing, frequent urination and defecation, and severe restlessness.  It is often treated with drugs or they have to mechanically alleviate the stomach, which is jabbing a "needle" that looks a lot like an icepick into their stomach.  All this stress will increase cortisol causing, even more, hormones in the already over hormone injected animal, or it will lead to death.  In any of these cases, it sounds rather tasty, doesn't it?

Now the lack of exercise is also an issue for feedlot cows because they're pretty much confined to small pens.  Cows are designed to graze over long distances and move away from the areas where they go to the bathroom.  These small pens end up creating a cesspool of disease.  When this is coupled with changes in the gut function, it's no surprise why antibiotics are required to be a constant use in these animals.  It's the antibiotics that keep the cows from looking sickly, but in reality, these cows really aren't that healthy at all.

Feedlot cows end up living in a toxic environment.  Plus they end up being extremely obese animals.  Now while some can argue that fat on a piece of beef can be a good thing, it's really not the fat on the feed lot cow that you want to be consuming.  Farmers are paid for their cows per pound, so it's pretty straight forward why fatter is better.   It doesn't matter to them if they're selling a healthy piece of meat, or a piece of meat loaded with toxins and chemicals.  Unfortunately, it's those toxins and chemicals that end up getting passed on to us, the consumers.

Grass-fed beef are quite the opposite because they do not need the constant monitoring (because of bloat and diseases) and antibiotics.  These animals live as they're designed, by grazing in open fields and living in large, feces-free, areas.   The grass fed cattle are actually significantly leaner than their feedlot counterparts, and the fat that they have is actually more balanced between Omega -3 and Omega – 6.  Grass fed is close to a 1:1 ratio with a slight edge to the omega 3’s.  Whereas the grain fed cattle are close to a 1:15 ratio.  What is so great about grass-fed beef, is that it's actually 'heart healthy', and all that fat in a grass fed rib-eye is good for you.

Hopefully, this helps explain why grass fed trumps the much cheaper conventionally raised feedlot beef, or what I like to call, crap.

I hope you found this week’s Q & A helpful.  Please pass it along and, if you have any questions that we can feature in our Q&A's, please send them to [email protected]